The Periyar National Park and Tiger Reserve is located in the south part of Kerala State, and is one of the most attractive wildlife parks in the world. It is well-known for its elephant and tiger population, apart from the numerous wild animals and birds.

Swimming, angling or going for boat rides on the Periyar Lake, or trekking through the forest are some of the stimulating tourist happenings that can be liked here. The temperatures range from 20°C to 30°C during the summers. The monsoon season lasts from July to August, and fetches heavy rainfall with the temperatures ranging from 18°C to 21°C. Winter lasts from October to March. The top months to explore the park are from October to March. 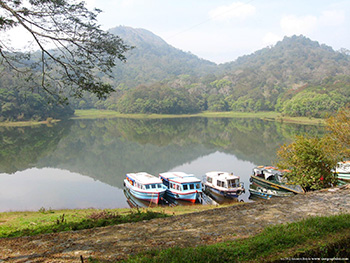 Periyar compromises a big number of doings with the premises of the reserve. Herds of playful wild elephants have made Periyar Lake their preferred haunt for playing in the water. Other inhabitants of Periyar include the leopard, wild dog, deer, Nilgiri langur (a primate), bonnet macaque, sambhar, gaur (Indian bison), wild boar, and sloth bear. There are about 35 tigers in the area as per the latest reports.

Monitor lizards can be marked among the rocky hinges along the lake, and several trekkers’ statement to have king cobras, and flying lizards. Also, about 250 species of birds can be found at Periyar.

Animals devote a lot of time near the lake during the summer months of March and April. Animals can be seen from motorboats on the lake or from watchtowers. A special permission is obligatory to travel by boat to the source of the artificial lake, the River Periyar. This area is usually not open for travellers, but is the favourite haunt of the sloth bear. 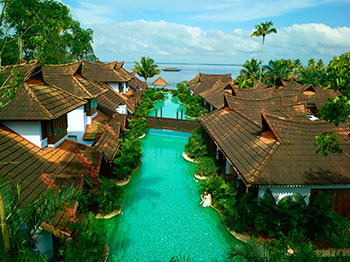 Located on the banks of Vembanada Lake, the largest lake in Kerala, at a distance of around 135 km from Periyar is Kumarakom Bird Sanctuary. The place is well-known for its bird-watching activities and cruising on the picturesque backwaters. 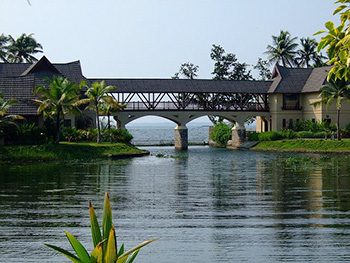 Kottayam is a main railway hub and commercial centre that is well-known for its rubber plantations. 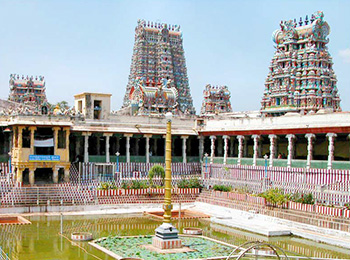 There are certain tribal villages nearby Periyar, which are worth a visit. The tribal people are skilled fishermen and farmers. Some are still involved in the traditional practice of collecting honey of risky hill bees.


How to Reach Periyar

Rail: The nearest major rail junction, on the other hand, is Kottayam (125 km).

Air: The nearest airports to Periyar are Madurai (145 km) and Cochin (195 km). Cochin is a main airport with regular networks with other Indian cities.

During summers, light cotton garments are suggested while for the winters, cottons and light woollens are appropriate. Those planning a trekking expedition should keep a look out for snakes in their locality. The Lake Palace at Eddapaliyam was once the regal residence of the Maharaja of Travancore.

India Tour Makers offers tour packages to Periyar National Park. For more info or to book a tour, please enter your query in the form specified.