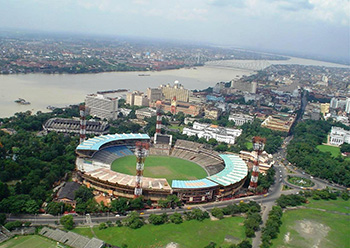 Kolkata formerly Calcutta is the capital of west Bengal state which is situated on the bank of the River Hooghly. Kolkata was the first capital of the British in India. It was established in 1684 when the British moved their operations to the small villages of Govindpur and Kalikata from their trading port of Hooghly.

It succeeded until in 1751 Siraj-Ud-Daula attacked the town and drove the British away. Lord Clive then later on again recaptured control of Kolkata and until 1911; it remained the capital of the British government in India. Having been the hub of power of the British for so long has given Kolkata a exclusive culture and heritage that is quite unlike any other city in India.

Some of the important places in Kolkata are itemized below. 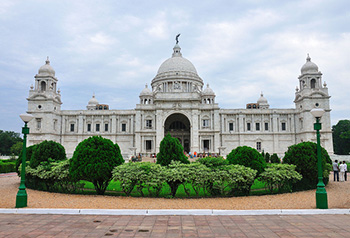 The Victoria Memorial was constructed by Lord Curzon in remembrance of Queen Victoria and is a fine massive white-marble structure. It is now a museum that houses the most remarkable collection of mementos from the days of the Raj. 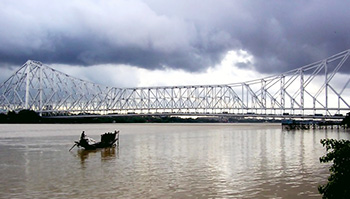 The Howrah Bridge is a 460 meter long bridge without any pillar in the river and has the distinction of being the busiest bridge in the world supplying to around 110,000 vehicles. It is an outstanding example of engineering methods of the 21th century. 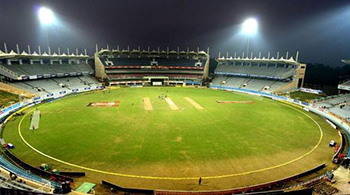 Eden Garden is an enjoyably garden that was once the meeting place of the social elite. It today houses the renowned cricket ground by the same name.

Also well-known as Kalighat, the Kali Mandir is dedicated to Kali, the Goddess of demolition and is a frequented traveller endpoint. 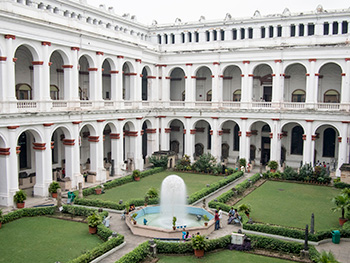 The Indian Museum is the oldest museum in India, which was constructed in 1878. The entrance to the museum has an original Lion Capitol, the national symbol of India and the museum itself is home to an exceptional collection of artefacts.

Some of the famous excursions sites near Kolkata are:-

The Belur Math is the head office of Ramakrishna Mission. It is a worldwide place of pilgrimage, visited by people belonging to varied castes. It is committed to social service, religious harmony, spiritual attainment and refutation.

The Dakshineshwar Temple is dedicated to Goddess Kali, and was the residence place of Ramakrishna Paramhansa, the spiritual guru of Swami Vivekananda.

The main attraction of the Botanical Gardens, which cover an area of 120 hectares, is a 260-year-old banyan tree, and 100 feet high and over 1,350 feet in boundary.

How to reach Kolkata

Rail: : The city has two major railway stations-one at Howrah and the other at Sealdah.

Air: Kolkata is well connected with direct domestic airlines services to and from Kolkata to Jaipur, Delhi, Mumbai, Chennai, Varanasi etc. there are many direct flights to most of the countries in the World. The Kolkata airport is located at Dumdum, about 15 km northeast of the city centre.

Kolkata can be described as the shopping heaven for those who want excellent bargains. For, Kolkata is heaving with markets, which might be crowded and sandy, but have their own history and specify in glamorous and unique items.

The city has unvarying temperature throughout the year due to its nearness to the sea. Temperature ranges from 13-28°C in the winter and 25-39°C in the summer. Humidity can be very high in summers.

India Tour Makers offers tour packages to Bundi. For more info or to book a tour, please enter your query in the form specified.